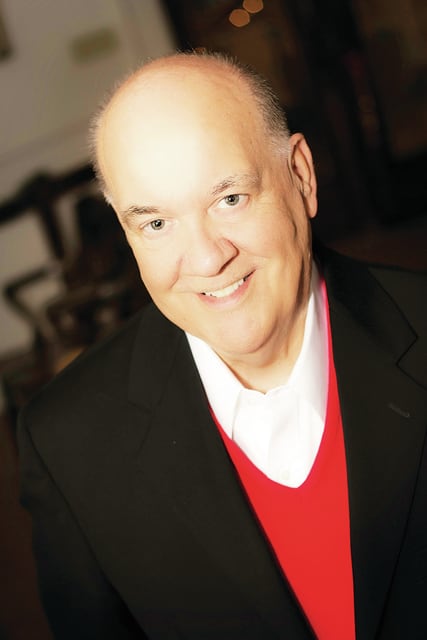 Years ago, like so many others, I would go out of my way to avoid grandparents who wanted to show pictures of their grandchildren. Out of courtesy I would dutifully look at their snapshots, smile and quickly move on.

Brenda and I have pictures of Jack all over our house, on my Facebook page, and on my desk at work where he is seen singing and dressed as a fireman.

To some, he is just young another boy. To us, he is the lyrics to a song, “You’re the reason I’m livin’. You’re the breath that I take.”

Jack was three years old and had just begun to talk. We were in Kroger’s pushing a cart with him in the little seat. A kind lady walked over, squeezed Jack’s bare leg and said, “Hello, Buster.”

Jack smiled and in his tiny voice kindheartedly said to the lady, “My name isn’t Buster, it is John Patrick Haley, but you can call me Jack.”

The sweet lady laughed. As a grandmother she understood. “He is so cute,” she said as she patted Jack on the leg before entering the checkout line.

Last week, Jack came to Wilmington for a visit. He is nine years old now.

His visit came at a good time. It was time to get away from the news — Supreme Court rulings, men transforming into women, and accounts of murderers who had escaped from prison.

Brenda and I both have public service jobs. We love what we do, but there are times when we need to step back a bit, slow down our minds, and take a few deep breaths.

Jack provided the breath of fresh air we needed.

To know Jack is to know his goal in life is to become a law enforcement officer and Army Ranger. His usual attire is a mishmash of both professions.

Early Tuesday morning, we visited the Cincinnati Police Museum, and Roe and Whetsel Streets in Madisonville, to honor, in our small way, Officer Kim who was slain doing his duty. While at the Police Museum, Jack was interviewed by Channel 19 and asked his feelings about the police officer’s death.

In words beyond his years, Jack said, “I want to be a police officer when I grow up. I feel the towns, particularly the big towns, should respect the police. We need to give our police more equipment to protect them, to let them know we care.”

And so our special week together began.

Life began to slow down when we returned to Wilmington. Jack shot his first Red Ryder BB gun. He made his first solo ride on the mower, and caught a large brown spider. We threw whipper snappers at each other’s feet, laughing and jumping back as they let out loud bangs.

As the sun began to set over the trees, and nighttime had finally begun its creep onto the back porch, we saw the familiar glow.

The air was alive with their lights. Jack raced around the yard catching the flying bugs and placed them in a mason jar. We let them go, so they would come back the next night.

As each day passed, I noticed life took on simplicity. We walked in the rain without an umbrella.

Jack and I told stories to each other. We started around the fire pit and continued the bedtime stories until Jack drifted off to sleep. Jack’s memories made me smile, and Jack laughed about the boy who played baseball near Rio Grande.

I talked about cowboys, baseball, and police work. Jack talked about his good grade card, his time at summer camp and his friends in Lexington.

“Do you know any stories about Kentucky?” I asked Jack.

Jack was born in Kentucky and favors the culture. He said his teacher last year told his class, “Daniel Boone not only wrestled bears, but tried to date their sisters,” which made him laugh. I laughed, too. “When Daniel Boone is uneasy, you know it’s time to watch your step.”

Those were the words of Bill Bryson, A Walk in the Woods: Rediscovering America on the Appalachian Trail. The wise teacher knew they would delight a group of third graders from Kentucky.

The next day, we attended Randi Milburn’s picnic. There was an elderly gentleman sitting quietly at one of the tables, wearing a hat that read “Pearl Harbor, 1941.”

“Have you ever heard of Pearl Harbor?” I asked Jack.

“Yes. It was where America was attacked in the old days, just like we were on 9/11,” he said. We approached the veteran, Jim Kimerly, who told us he was on a battleship at Pearl Harbor on December 7, 1941 during the Japanese attack. Jim told us, “They surprised us that Sunday morning, but we knew we would come back strong, and we did!”

From there, Jim surprised and delighted us, as he clogged with Randi and his other fellow cloggers for a few numbers. It was an unbelievable experience to meet Jim, and to have the opportunity to thank him for his service. Jim is 91 years old and Jack is 9. They have something special in common. They both love America.

God Bless America on this Fourth of July!