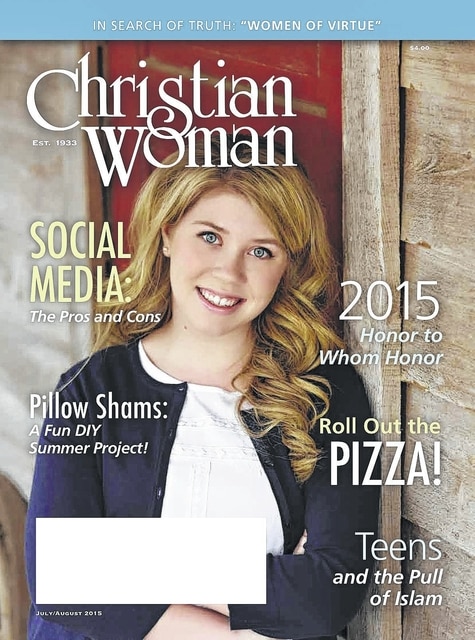 BLANCHESTER — Penny Turpin of Blanchester is the cover model for the July/August 2015 issue of Christian Woman magazine, a publication of Gospel Advocate Co. in Nashville, Tennessee.

She is the daughter of David and Sandy Turpin, also of Blanchester.

Penny, a 2013 graduate of Blanchester High School, is a junior drama/English major at Harding University in Searcy, Arkansas. She has been involved in Harding theater productions for the last two years including “Macbeth” and “The Seussification of Romeo and Juliet.” She was the Ugly Duckling in the 2014 homecoming musical “Shrek: The Musical” and will be featured as Lena Lamont in October in the 2015 Harding homecoming musical “Singin’ in the Rain.”

Her article, ” ‘Selfie’ Doesn’t have to Mean Self-Centered,” also appears in the magazine.