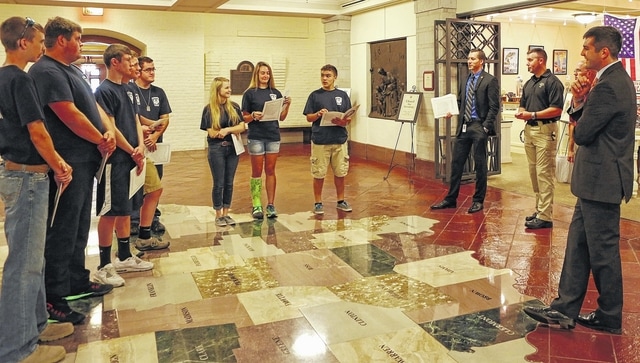 Wilmington Police Explorer Post 911 recently toured the State of Ohio Capitol building. The staff of Speaker of the House Cliff Rosenberger gave the tour of the state house. Explorers learned about government, state history, and how bills become laws.

Explorers also toured the Ohio State Highway Patrol Academy. While there, explorers learned about the history of the Ohio State Highway Patrol as well as their role in traffic enforcement and the reduction of traffic related crashes. Both opportunities were well received and gave explorers a chance to learn more about law enforcement and hopefully influence a career choice in policing.

The post thanks Jim Gumley, who aided with the tour. Chief Detective Josh Riley and Sergeant Cravens served as guides. Buses were made available by the Bible Baptist Church.