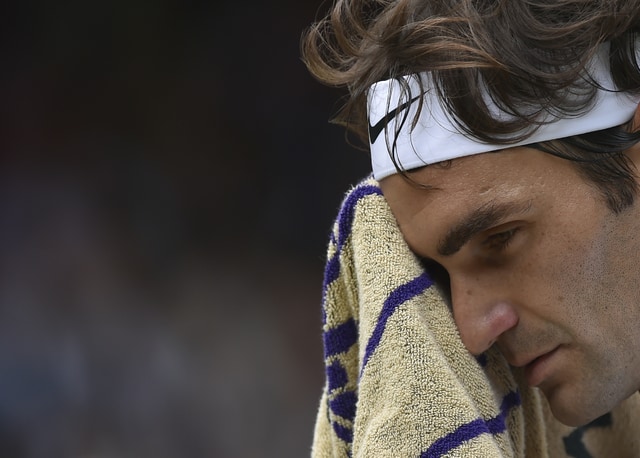 LONDON — It’s more obvious than ever that Novak Djokovic and Serena Williams have really distanced themselves from the rest of the elite in tennis.

Not just because they were the ones who got to dress up and attend the Wimbledon champions’ dinner Sunday night.

And not just because their leads at No. 1 in the rankings will remain large Monday.

Both Djokovic, who won his third trophy at the All England Club by beating Roger Federer 7-6 (1), 6-7 (10), 6-4, 6-3 in the final, and Williams, who won her sixth, are demonstrating that they’re capable of taking home the title each and every time they enter a Grand Slam tournament.

Barring an injury or some other unforeseeable event, each will go to the U.S. Open in late August as a big favorite.

Williams, of course, heads to Flushing Meadows seeking to complete a calendar-year Grand Slam, having added a championship on the grass of Wimbledon to those on the hard courts of the Australian Open in January and the red clay of the French Open in June. Only three women and two men in the century-plus of major tennis tournaments have won all four majors in a single season; the last to do it was Steffi Graf in 1988.

Djokovic came oh-so-close to joining her in pursuit of that rare feat. He, too, won the Australian Open and Wimbledon, but in between, he made it to the final at the French Open before losing in four sets to Stan Wawrinka, a setback that left the 28-year-old Serb “disappointed and heartbroken.”

“But if there is one thing that I learned in the sport,” Djokovic said, “(it) is to recover fast and to leave things behind me and move on.”

He is up to nine major titles, one more than such greats of the game as Andre Agassi, Jimmy Connors and Ivan Lendl. And he’s more than halfway to Federer’s 17.

Over the past 20 Grand Slam tournaments, Djokovic has reached 15 finals, winning eight. Williams, meanwhile, has won eight of the past 13 majors to get her total to 21.

“Staying injury-free now for him is crucial,” Federer said about Djokovic. “Clearly he’s going to be one of the top guys — where, we’ll still have to wait and see. I’m sure he still has many more great years ahead of him.”

Here are other things we learned at Wimbledon:

So many have been so ready to write him off, over and over, but Federer showed the past two weeks that he is still capable of terrific play, particularly on grass. He held serve in 89 of 90 games until the final, when Djokovic earned four breaks. “I’m right there,” declared Federer, who turns 34 on Aug. 8. “My game is good.”

NADAL IN A RUT

Is he done winning Grand Slam tournaments? Or will he rebound in New York? After losing to Djokovic at the French Open — no shame in that, even for a nine-time champion at Roland Garros — Nadal exited in the second round at Wimbledon, losing there to a man ranked No. 100 or worse for the fourth year in a row.

WHO CAN CHALLENGE WILLIAMS?

Williams has won 28 consecutive Grand Slam matches. She’s also 39-1 this season overall. Who stands a chance right now? Against the other women ranked in the top 10 entering Wimbledon, Williams is 70-8 for her career, an .897 winning percentage. The player in that group with the most victories over Williams is Sharapova, who is 2-18 against her.

Here’s someone who is not intimidated by Williams and appears to have a big-hitting style to hang with her: Garbine Muguruza, the 21-year-old from Spain who lost 6-4, 6-4 in the Wimbledon final. It was Muguruza’s debut in a Grand Slam title match and she didn’t shrink. “She came out there to win; she wasn’t out there just to play a final,” Williams said. “That says a lot about her and her future.”