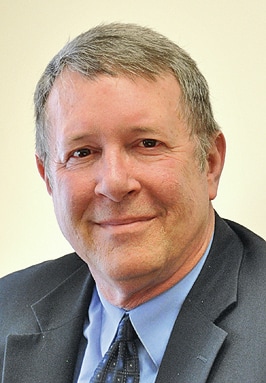 My late uncle, Bill Kibler, a staunch Republican, used to regularly go into conniption fits over the fact that the Democratic Party does a much better job of circling the wagons and protecting its own than the Republicans.

I am almost grateful that he is not here to witness the latest dustup involving Donald Trump and the Gold Star family who attacked him at the Democratic National Convention.

It’s long been accepted by Republicans that the majority of the national media – The New York Times, the Washington Post, NBC, CBS, ABC and so on – are essentially a branch of the Democratic Party. Republicans know that especially in presidential election years, they not only battle the publicity machine of the Democratic National Committee, but also the echo chamber that is most of the national media.

Yes, the GOP has its media allies, including FOX News and a plethora of conservative radio talk shows. But media aligned with the Republicans are outnumbered 10-1 by the liberal media supporting Democratic candidates.

And yet, so many high-profile Republican leaders never seem to let go of the fantasy that they can court the favor of the Democratic media and, by so doing, improve their own standing.

A perfect example was the brouhaha over Trump and the Khan family, the Muslim Gold Star parents whose U.S. soldier son was killed in Iraq. The Khan family was recruited by the Democratic Party to appear on its convention stage and launch into a tirade against Donald Trump.

Donald Trump, per his standard operating procedure, ignored that rule. His response was quite tepid, merely asking why the mother of the soldier did not speak at the convention. But that was plenty. That, plus a CNN headline that blared, “Trump accuses Gold Star family of attacking him.” It is also unacceptable to state the obvious.

There’s nothing particular unfair in any of that. All’s fair in love, war and politics. The Democratic Party was smart to find a Muslim Gold Star family to criticize Trump in front of millions of people watching on television. It played perfectly into the hands of their allies in the media.

In the Trump-Khan case, Paul Ryan, John McCain and other Republicans were so eager to sign up for the opposing party’s playbook that they practically tripped over each other to condemn Trump. There is no sweeter victory for the Democrats and the national media than creating Republican-on-Republican condemnation.

Democrats virtually never return the favor, and they are seldom asked. Nearly every week, some reporter is shoving a microphone into the face of Paul Ryan, John McCain, Mitch McConnell, John Kasich and other willing participants, asking, “Do you disavow Donald Trump?”

When was the last time – or the first time – you saw a reporter approach Harry Reid or Nancy Pelosi and ask, “Do you disavow Hillary Clinton now that the FBI has declared her to be extremely careless in the handling of our national security?” Or for lying about her email server? Or for taking millions of dollars in foreign donations into the Clinton Foundation? Or for saying, “What difference does it make?” when questioned about the Benghazi bombing?

Please search. Please look for any example of a reporter for a national media outlet asking a top Democratic official if they disavow something said or done by Hillary Clinton. Let everyone know when you find it.

The national media will not ask that question, and, to their credit, the Democrats will never take the bait. They will circle the wagons and defend to the death Hillary (and any other Democrat under attack).

Not Republicans. To paraphrase a quote often attributed to Harry Truman, if you want a friend in the Republican Party, get a dog.

Still, it would be enjoyable, just for its rareness, to hear Paul Ryan say, just once, “Quit asking me if I disavow Donald Trump. I don’t. And I won’t tomorrow, and I won’t next week. He’s our duly nominated presidential candidate, and I support him from now through the election. So quit wasting your time and my time asking me that question.”

There are remarkable, hopeful advances being made in the science of growing various tissues and organs – but, sadly for the GOP, none yet for growing a spine.

The invasion of Iraq — 20 years later