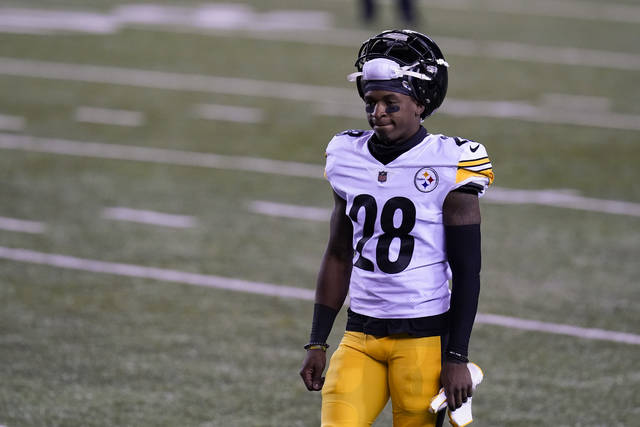 The Pittsburgh Steelers have gone from dreams of matching the perfect 1972 Miami Dolphins to searching for another win.

After winning their first 11 games for the first time in franchise history, the Steelers were upset at home two weeks ago against Washington. That was followed by a loss at fellow AFC contender Buffalo before a humbling 27-17 defeat to last-place Cincinnati on Monday night.

The last team to start 11-0 and then lose three straight was the 1969 Rams in a 14-game season. The losing skid carried over to the playoffs with a 23-20 loss to Minnesota, a fate the Steelers would obviously like to avoid.

Pittsburgh would prefer to follow the path of the 2009 Saints, who won their first 13 games before losing the final three in the regular season. They recovered to win three in a row in the playoffs for the only Super Bowl title in franchise history.

With the loss in Week 13 to a Washington team that was 4-7 at the time and then this past week to a Cincinnati team that was 2-10-1, the Steelers became the first team in NFL history to lose multiple games when entering with at least 11 wins and playing a team with four or fewer.

The late-season collapse has opened the door for Cleveland to have a chance at winning the division. If the Browns beat the Jets on Sunday and the Steelers lose to Indianapolis, the Week 17 showdown in Cleveland will be for the division title. The Browns last won a division title in 1989, the longest current drought in the league.

On the other end of the spectrum is the New York Jets, who lost their first 13 games before stunning the Los Angeles Rams, who came into the game with a 9-4 record, with a 23-20 victory.

ROAD WARRIORS: With two weeks to play, home teams still have a losing record this season at 111-112-1. With many stadiums having no fans because of the coronavirus and others just having small crowds, the advantage of playing at home has been nearly nonexistent.

KEEPING IT: From Kyler Murray to Lamar Jackson to the recent emergence of Jalen Hurts and the return to the field of Marcus Mariota, quarterbacks are having more success than ever running the ball.

Quarterbacks have rushed for 8,114 yards and 111 touchdowns this season with two weeks to play, the most in a season on record in NFL history. The previous high came in 2018 when QBs had 8,086 yards rushing and the TD mark had been 80 set last season.

Jackson leads the way with 828 yards rushing and seven TDs with Murray having 741 yards and 11 touchdowns. Murray has a record nine games this season with both a passing and rushing touchdown, and with 26 TD passes has joined Cam Newton in his 2015 MVP season as the only players to throw for at least 25 TDs and run for at least 10 in the same season.

BUCKING THE TREND: Point differential is usually a good indicator of success in the NFL with good teams more apt to have lopsided wins that tilt that number in their favor. That hasn’t been true of the Browns.

Cleveland (10-4) has been outscored by six points this season thanks to lopsided losses by more than 30 points to Baltimore and Pittsburgh coupled with seven wins by less than 10 points. There have been 318 teams in the Super Bowl era to win at least 10 of their first 14 games, and the Browns are the only ones to do it while being outscored. The previous low came in 2004 wen the 11-3 Falcons had only a plus-18 point differential through 14 games.