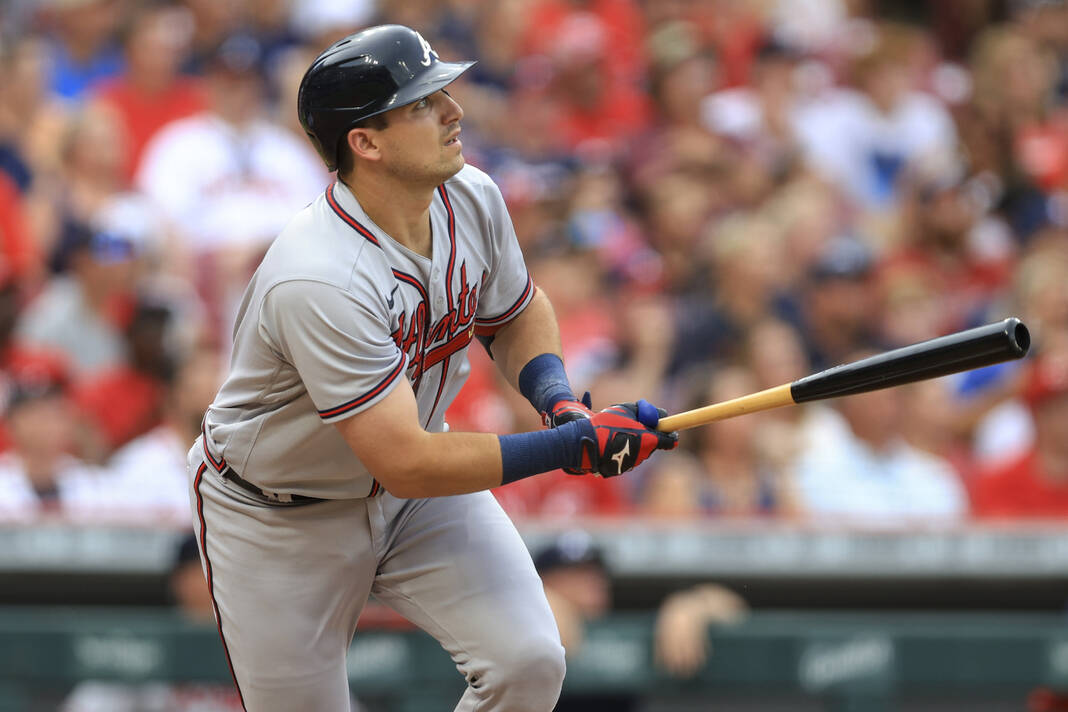 Dansby Swanson added a three-run homer in the seventh for the defending World Series champion Braves, who are 22-6 since the start of June to close within 3 1/2 games of the NL East-leading New York Mets.

Fried (8-2) is 8-0 in 14 starts since losing his first two outings this season. He allowed one run and five hits in seven innings with four strikeouts and no walks.

After allowing Tommy Pham’s RBI single in the third, Fried retired 10 in a row.

Ronald Acuña Jr., the top All Star vote-getter in the National League, was back in the Braves lineup after fouling a pitch off his left foot last Saturday and missing four games. He went 2 for 3 as a designated hitter and was hit by pitches twice.

Cincinnati has lost nine straight at Great American Ball Park and is an NL-worst 26-50.

Riley hit a two-run homer in the first off Mike Minor (1-5), Riley’s first long ball since he hit two against Washington on June 15. Riley added a run-scoring single in the ninth against Jeff Hoffman.

Minor allowed two runs and six hits in six innings, his first quality start this season. Atlanta piled on seven runs off Cincinnati’s bullpen, which entered with a 5.69 ERA — nearly a run higher than any other team. Swanson homered off Joel Kuhnel.

In the eighth, Adam Duvall had an RBI double and Orlando Arcia hit a two-run single against Luis Cessa.

The Reds expect to remove LHP Nick Lodolo (back strain) from the injury list and hand him the start Tuesday against the Mets. He’s been out since late April.