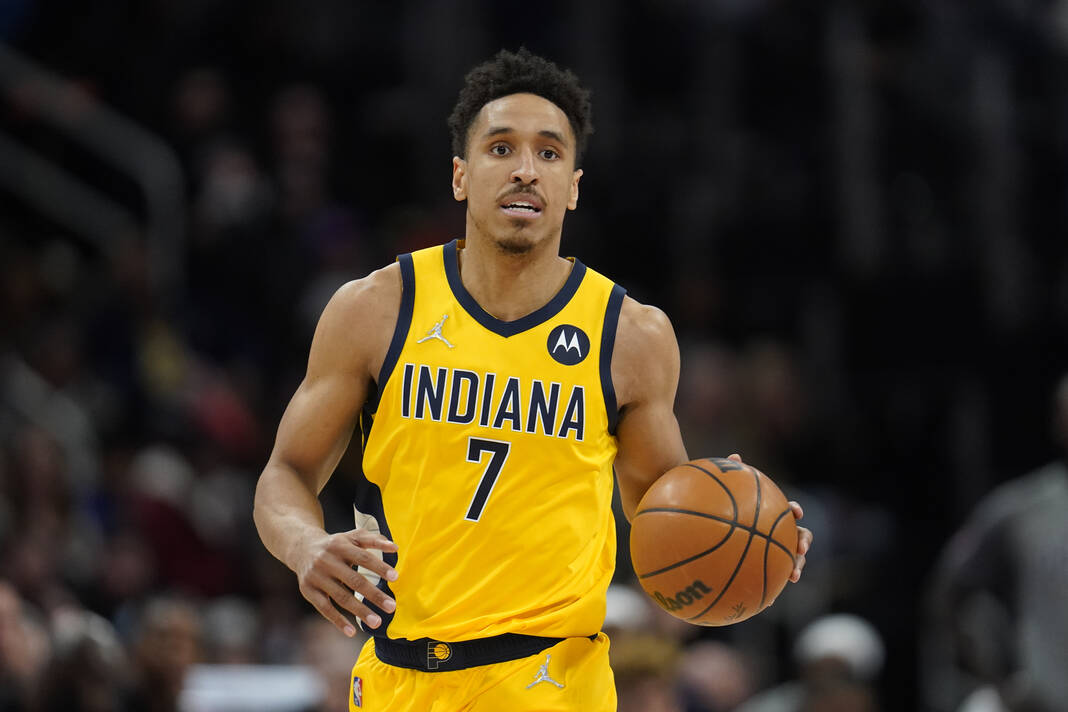 The 2023 NBA playoffs are more than nine months away, and one thing is already clear.

There will be chaos.

The Minnesota Timberwolves grabbed a megaphone and announced that to the world when they traded multiple players and several first-round picks — one of them in 2029, which means that youngster is currently 12 and probably can’t dunk yet — to the Utah Jazz for Rudy Gobert.

And with that, Minnesota is officially added to a list of legit Western Conference title contenders. There are solid arguments that can be made for no fewer than seven teams right now when debating who’ll represent the West in this coming season’s NBA Finals: defending champion Golden State, along with Phoenix, Dallas, the Los Angeles Clippers, Memphis, Denver and Minnesota are all on that list.

Remember, at least three of those teams won’t get past the first round next spring. At least three.

But give the Timberwolves credit for what they did, because this is the way of the NBA world now. Organizations are either all-in or all-out.

Some team is about to send another massive package of players and picks to Brooklyn for Kevin Durant, unless the Nets somehow change his mind about wanting to be traded elsewhere. And that team — doesn’t matter which one — will instantly see its title hopes soar even higher by adding perhaps the most unguardable player in the game today. Durant is owed nearly $200 million for the next four years, is about to enter his 15th season (not including one missed for injury), will turn 34 this fall and teams are still lining up to bet it all to get him in their uniform.

“The ones who were locked in that gym with me know what it is, they know what I’m about,” Durant tweeted on Saturday, his first public comment since requesting a trade from the Nets. “If u haven’t been in there with me, ask around.”

Cryptic in some ways, clear in others. Durant wants more rings. In other words, somebody better go all-in.

That’s what it takes.

Golden State spent somewhere around $340 million this past season on a championship-winning roster, about half of it in salary and the other half in luxury tax. Sure, the Warriors are deep-pocketed. But such is the price of doing business right now, especially in an NBA coming off a year where a record $8.9 billion in basketball related income was generated.

And the Timberwolves are the latest team to embrace that reality.

Gobert is owed $170 million over the next four seasons. Karl-Anthony Towns is owed $295 million over the next six seasons, after guaranteeing most of that in an extension that was struck a few hours before the Gobert trade happened. Anthony Edwards, a star in the making, is on pace for a massive rookie extension next summer. Minnesota, a team that hasn’t won a playoff series since 2004, is swinging for the fences. New owner Alex Rodriguez, he of the 696 career home runs, must be proud.

Someone is going to get Durant. It’s not reckless to think that Kyrie Irving could want a trade now as well, and if the Nets move Durant, they may as well move Irving instead of losing him for nothing next summer. Imagine Irving reuniting with LeBron James, this time with the Los Angeles Lakers, trying to recreate what they did in 2016 when Cleveland got to celebrate a title. If Irving goes there, add the Lakers to that list of legit West contenders, too.

New Orleans will have things to say about the playoff chase. So should Portland, assuming Damian Lillard is Damian Lillard again, and there’s no reason to think that won’t be the case. And who knows what Utah will be without Gobert, especially with speculation now surrounding whether the Jazz will choose to turn their roster remodeling into a complete teardown and trade Donovan Mitchell as well.

Keep in mind, moves are happening in the East, too.

Eastern Conference champion Boston significantly upgraded its depth by landing Malcolm Brogdon — another example of big spending, with $67.5 million and three years left on his deal — and Danilo Gallinari.

Miami, the No. 1 seed in the East playoffs this past season, is known to be in the Durant sweepstakes and Pat Riley is always, always, always looking for more stars. It wasn’t a free-agent move, but Atlanta believes it got better by trading for Dejounte Murray to play alongside Trae Young. James Harden delivered his most significant assist as a 76er by opting out and giving Philadelphia the freedom to go get P.J. Tucker; Harden is now expected to sign a new deal in Philly, and that cements them as another contender. Milwaukee spent to keep Bobby Portis, meaning most of the title-winning-core around Giannis Antetokounmpo remains intact.

Signings can’t even happen for a few more days. Training camps won’t start until late September. The season doesn’t start until mid-October. And then it’s six more months until playoffs.

That’s when the big, bold and best moves of this summer might pay off.