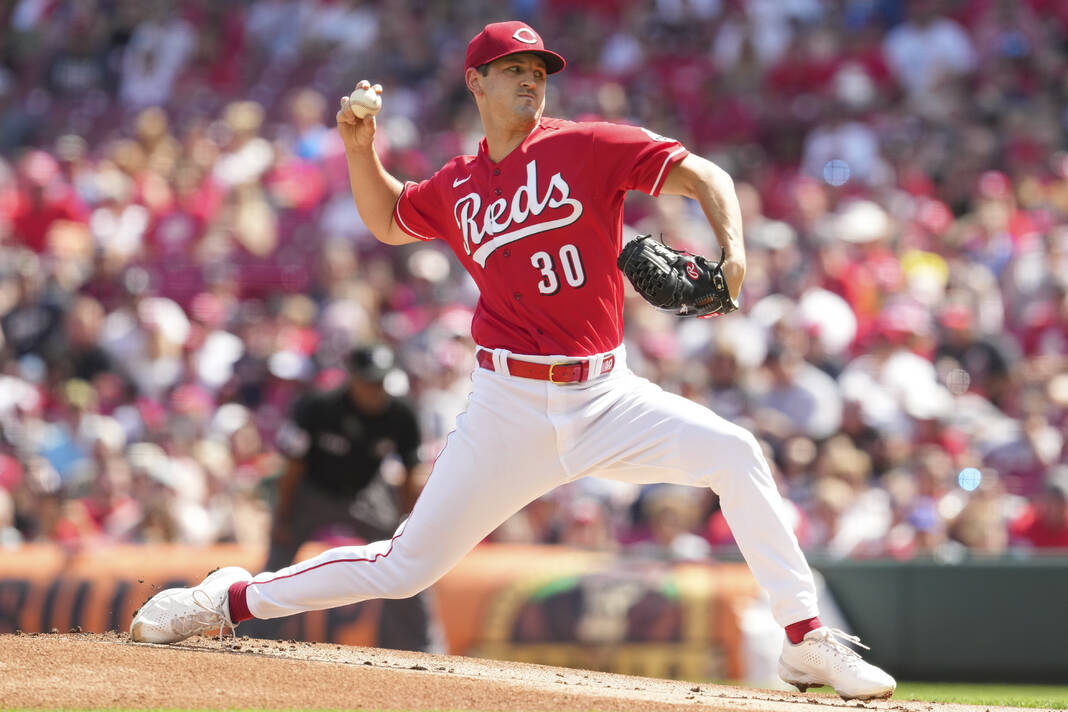 CINCINNATI (AP) — Spencer Strider allowed one hit over six innings and matched a career high with 11 strikeouts, Austin Riley homered for the second straight game and drove in two runs and the Atlanta Braves beat the Cincinnati Reds 4-1 Saturday.

Strider (4-2) didn’t allow a hit until there were two outs in the fifth inning when Nick Senzel’s single drove in Matt Reynolds, who entered the game when Kyle Farmer was hit by a pitch.

“I’m still trying to extend a little more each time,” said Strider, who was making his seventh start and 18th appearance. “I’m starting to stretch out a little bit.”

“Awesome,” Atlanta manager Brian Snitker said of Strider. “He was free and easy. That’s two really good ones in a row. His breaking ball was really good.”

Dansby Swanson made a diving backhand catch of Joey Votto’s pop into short left field to end the fourth and keep alive Strider’s no-hit bid before Senzel’s soft liner to center that fell in front of Michael Harris II.

A.J. Minter pitched the seventh and Jesse Chavez the eighth before Will Smith pitched the ninth for his fourth save.

The Braves, in second place in the NL East behind the Mets, moved a season-high 13 games over .500 with their fourth win in five games and are 2 1/2 games behind New York after the Mets lost to Texas on Saturday.

The loss was Cincinnati’s fourth straight overall and 10th straight at home, the team’s longest home losing streak since an 11-game skid in 1986 at Riverfront Stadium. The team fell a season-high 25 games under .500 at 26-51.

Tyler Mahle set a season high with four walks, including Harris II with the bases loaded in the fourth to force in Atlanta’s second run. Mahle (3-7) allowed five hits and two runs with five strikeouts. He also hit a batter.

“It was definitely a grind,” Mahle said. “I wasn’t making pitches the whole time. You like to come out of those games that are not good for you with limited damage.”

Riley led off the second with his 20th homer of the season, which landed four rows deep in the left field seats.

Riley had gone 12 straight games without a homer before going deep on Friday. He led off the second on Saturday with a high arcing fly and later scored on Mahle’s bases-loaded walk and added an RBI double in Atlanta’s two-run seventh.

Riley’s homer was his 20th of the season, extending to four the number of consecutive full seasons (not including 2020) that Atlanta has had at least one player hit 20 or more home runs before the All-Star break — Ozzie Albies in 2018, Freddie Freeman and Ronald Acuña, Jr. in 2019 and Acuña, Jr. last season.

Mahle picked Duvall off first base with one out and the bases loaded in the second inning. Duvall headed toward second on what he thought was ball four to Orlando Arcia, but when an appeal changed the call to strike two, Duvall walked slowly back toward first and was easily thrown out.

Braves: RHP Jay Jackson (right lat strain) was activated from the 60-day injured list and optioned to Triple-A Gwinnett. … RHP Touki Toussaint was designated for assignment. … Adam Duvall was hit on the left hand with a pitch in the second inning and left the game after the top of the third.

Reds: C Tyler Stephenson (fractured right thumb) is expected to begin a rehab assignment on Monday. Stephenson has been sidelined since June 10. … SS Kyle Farmer was hit on the left wrist with a pitch leading off the fifth and was immediately replaced by Matt Reynolds. Bell was ejected by plate umpire Tripp Gibson.

RHP Charlie Morton (4-3, 4.73 ERA) is scheduled to start for Atlanta against RHP Luis Castillo (3-4, 3.32 ERA) in Sunday’s series finale. Morton allowed two hits and two runs over 5 1/3 innings of a 7-6 win over Cincinnati on April 8. Castillo threw a career-high 123 pitches over six shutout innings of a 5-3 Reds win over the Cubs at Chicago on Tuesday.