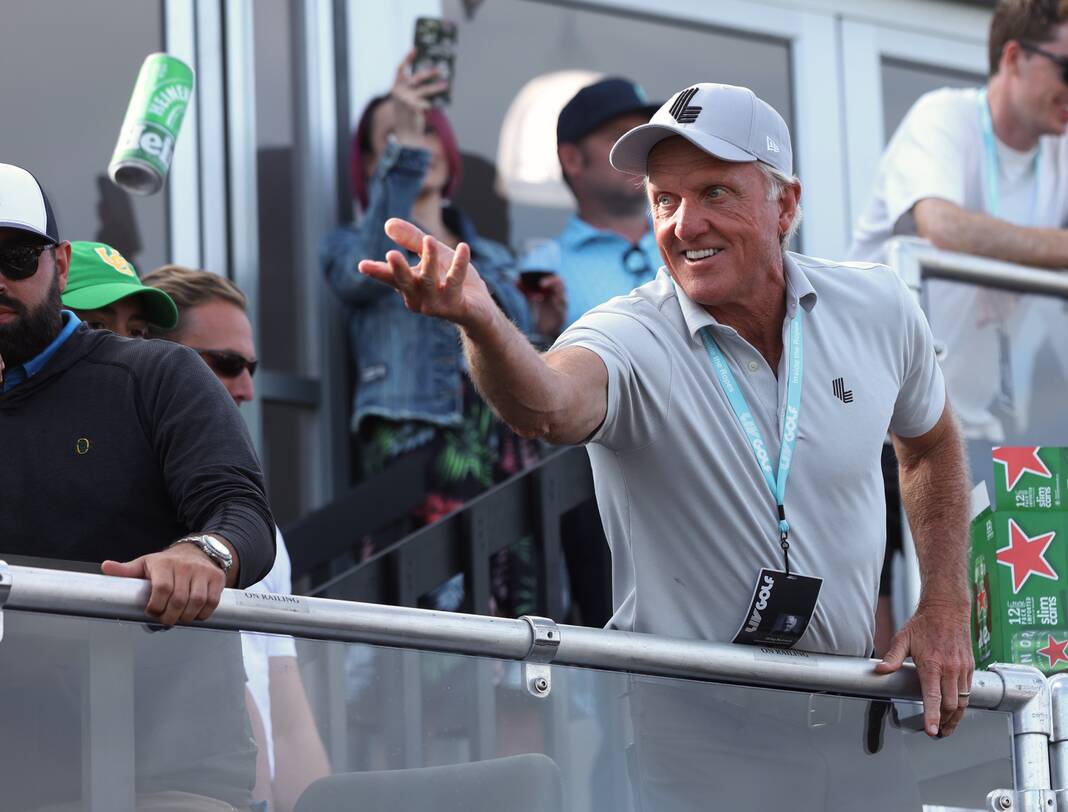 It’s already been a good week for Jason Day and Rickie Fowler before they even hit a shot at the Rocket Mortgage Classic in Detroit.

Both were outside the top 125 in the FedEx Cup standings with only two tournaments left in the PGA Tour’s regular season, leaving them in jeopardy of missing out on the postseason. They are exempt through at least next season, so this largely would be a matter of pride, particularly for Day. A former world No. 1, he has never been ineligible for the FedEx Cup playoffs.

But then a memo arrived overnight involving the Saudi-backed LIV Golf series, one that didn’t include phrases like “force for good” and “unique energy.”

PGA Tour Commissioner Jay Monahan informed players their eligibility would not be affected by those playing in LIV Golf events with their 48-man fields and $25 million prize funds.

The PGA Tour now has a separate “FedEx Cup Playoffs and Eligibility Points” list to reflect that.

Eight players from the top 125 in the FedEx Cup standings played in the LIV Golf series and were suspended. Two others from the top 125, Jason Kokrak and Charles Howell III, have signed up and will play at Trump National in Bedminster, New Jersey, this week.

As if the FedEx Cup points system wasn’t already challenging, now there are two lists.

The “official” FedEx Cup standings still includes the suspended players, from Talor Gooch (No. 20) to Kokrak (No. 41) to Brooks Koepka (No. 102). They still get FedEx Cup bonus money, which is paid out through 150th place.

Gooch currently would stand to get $640,000, half of it deferred. That might seem like chump change to him. Gooch got more for finishing seventh, two shots behind Jinchiro Kozuma, in the LIV Golf Invitational-Portland three weeks ago.

The new list, approved by the policy board, pays a bonus equal to the amount a player would have earned if the suspended players’ points didn’t count.

Missing from both lists are players who have resigned, such as Dustin Johnson, Patrick Reed, Louis Oosthuizen and Hudson Swafford.

It’s another reminder of how the disruptions never cease, and presumably won’t, given as much money as Greg Norman has at his disposal. Based on various reports, LIV Golf has dropped about $1 billion in signing bonuses already.

It still doesn’t have any players from among the top 15 in the world.

That can still change, of course.

Bedminster figures to be the biggest spectacle thus far, held on the course owned by former President Donald Trump, who last week said on his social media platform, Truth Social, that anyone remaining loyal “to the very disloyal PGA” will miss out on the money. He predicted the two circuits eventually would merge.

That seems unlikely as long as Norman is running the show. He keeps throwing around terms like “free agents” while ignoring that most of the players have signed a contract. Graeme McDowell had to skip the Irish Open because it was the same week as a LIV event.

Meanwhile, each month brings twice as many rumors as actual defectors.

The original roster was announced nine days after the PGA Championship. Brooks Koepka joined two days after the U.S. Open. Three days after the British Open, the latest batch was highlighted by Henrik Stenson, who was stripped of his Ryder Cup captaincy.

So much for any lingering discussions of major championships.

The first LIV Golf event in the U.S. came during a soft part in the PGA Tour schedule, and Norman tweeted a list showing how the field outside Portland, Oregon, had more star power than the Irish Open and the John Deere Classic.

The Rocket Mortgage Classic seemed like another easy target — two weeks after the British Open, two weeks before the start of the FedEx Cup playoffs — except that Detroit is more than holding its own. Patrick Cantlay (No. 4) leads five players from the top 20 in the world.

Under the new world ranking system that starts next month, the winner in Detroit would get 45 world ranking points, compared with 17 for the LIV Golf event. That assumes LIV Golf ever gets approved by the Official World Golf Ranking board, which could be a year away.

The curious decision the PGA Tour faces now is what to do with who’s next.

LIV Golf doesn’t play again until Sept. 2 outside Boston, a week after the FedEx Cup is over. Currently, a player isn’t suspended until he puts a ball in play at a LIV event. That would indicate such a player could compete for the $18 million top prize in the FedEx Cup and then jump over to LIV, which will have five tournaments remaining this year.

Still on the horizon is the Presidents Cup and what kind of team the International side can field.

With so much Saudi money behind it, LIV Golf isn’t going anywhere in a hurry.

Neither are the disruptions.