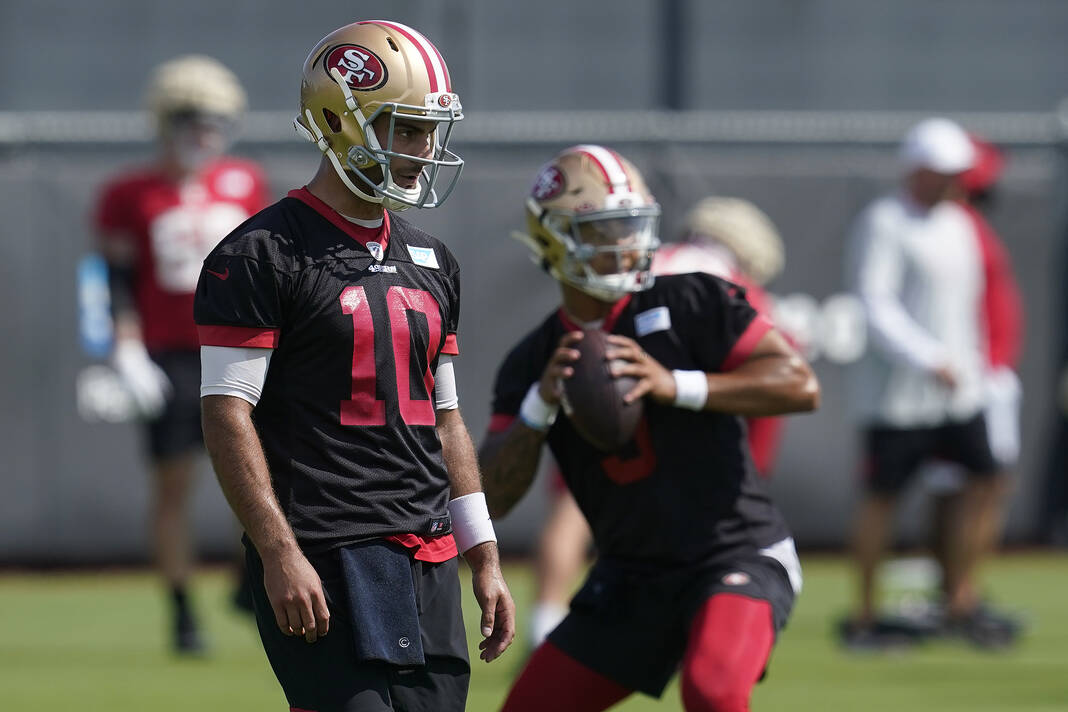 Training camps opened across the NFL and the biggest offseason question remains unanswered.

The Cleveland Browns still don’t know how many games they’ll be without Deshaun Watson, who is still waiting for retired judge Sue L. Robinson to issue a ruling following his disciplinary hearing that concluded nearly four weeks ago.

The league and the NFL Players’ Association requested a decision by the start of training camp, according to a person familiar with the process who spoke to The Associated Press on condition of anonymity because the discussions are private. Robinson, who was jointly appointed by the league and the union, had no obligation to meet that deadline. Representatives are hopeful a decision comes this week.

Watson was accused of sexual misconduct by 24 women and has settled 20 of the civil lawsuits. Two separate Texas grand juries declined to indict Watson on criminal complaints stemming from the allegations.

The Browns, along with 27 other teams, welcomed their veterans on Tuesday as each of the 32 teams have now kicked off camp. Watson reported to his first camp with Cleveland last week along with veteran backup Jacoby Brissett, the team’s presumed starter if there is a suspension. The Browns also signed Josh Rosen last week as more quarterback insurance.

Watson should be on the field for the team’s first full-squad practice Wednesday. There was an amusing moment on Monday when the three-time Pro Bowl quarterback was seen walking in full uniform across the street in front of the Browns’ training facility to take part in a photo shoot.

Other top questions around the NFL that still need to be addressed in training camp:

WHERE’S JIMMY G GOING? The San Francisco 49ers made it clear Trey Lance will be the starting quarterback and they’re moving on from Jimmy Garoppolo, who led them to a Super Bowl appearance following the 2019 season and nearly another one last season. The Niners have to trade or release Garoppolo before Week 1 to avoid having his $24.2 million base salary become fully guaranteed. Garoppolo would’ve been moved already if it weren’t for his offseason shoulder surgery.

“This is Trey’s team. That’s nothing against Jimmy,” 49ers coach Mike Shanahan said. “We made that decision a year ago and we’re not going to mess around with that anymore. … Jimmy understands that fully. He’s a big guy and it’s nothing against him. It’s a business decision.”

BAKER OR SAM? The Carolina Panthers acquired Baker Mayfield from the Browns earlier this month and plan to let him compete with Sam Darnold for the starting quarterback job. Mayfield, the No. 1 overall pick in 2018, has been more successful than Darnold, who was the third pick by the Jets in the same draft.

“Anytime you put timelines on things, you end up rushing to make bad decisions,” Rhule said. “To me this is about being in the moment but not making rash judgements. Guys are going to have good days and bad days. When we know, we know.”

WHEN DOES LAMAR GET PAID? The Baltimore Ravens still haven’t locked Lamar Jackson into a long-term contract extension but the two sides have been talking. Jackson, the 2019 NFL MVP, saw his value increase after the Cardinals gave Kyler Murray a deal worth up to $230.5 million with about $105 million guaranteed at signing and $160 million guaranteed for injury. Jackson doesn’t have an agent, which could impact negotiations. It wasn’t a factor for his rookie deal because the collective bargaining agreement predetermines the money in each draft slot. This contract is far more lucrative.