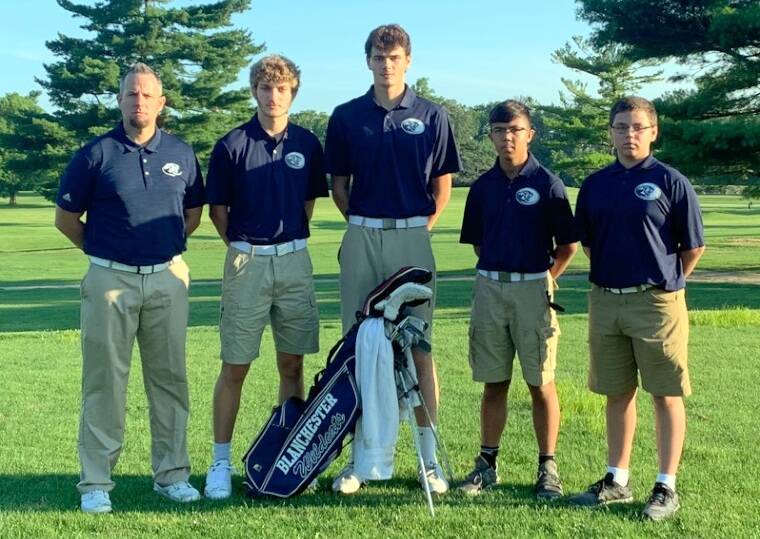 After a season without a complete team, the Blanchester boys golf team expects to have enough for a full squad.

Led by the lone returnee Andrew Osborn, the Wildcats have five players on the roster. An honorable mention All-SBAAC player last season, Osborn will be joined by Eason Jones, Evan Malott and Mason Saxour on the roster.

Aaron Lawson has won 248 matches in 13 seasons as head coach.

Bryce Bandow is the top player from a year ago not returning to the BHS lineup.

“We are young,” said Lawson. “We have the ability to win now and later.”

Lawson expects Osborn to lead on and off the course.

“Andrew, with his four years of varsity experience, has the ability to help and show others what is expected of them,” Lawson said.

As with any golf team, Lawson knows there are certain things each player must do to be successful.

“If we can take care of the things we can control, that will always put us in the best position for the individual accolades and have a competitive team,” he said. “Short game and develop a better touch around the greens and good course management. Everyone just has to get 1 percent better each day.”