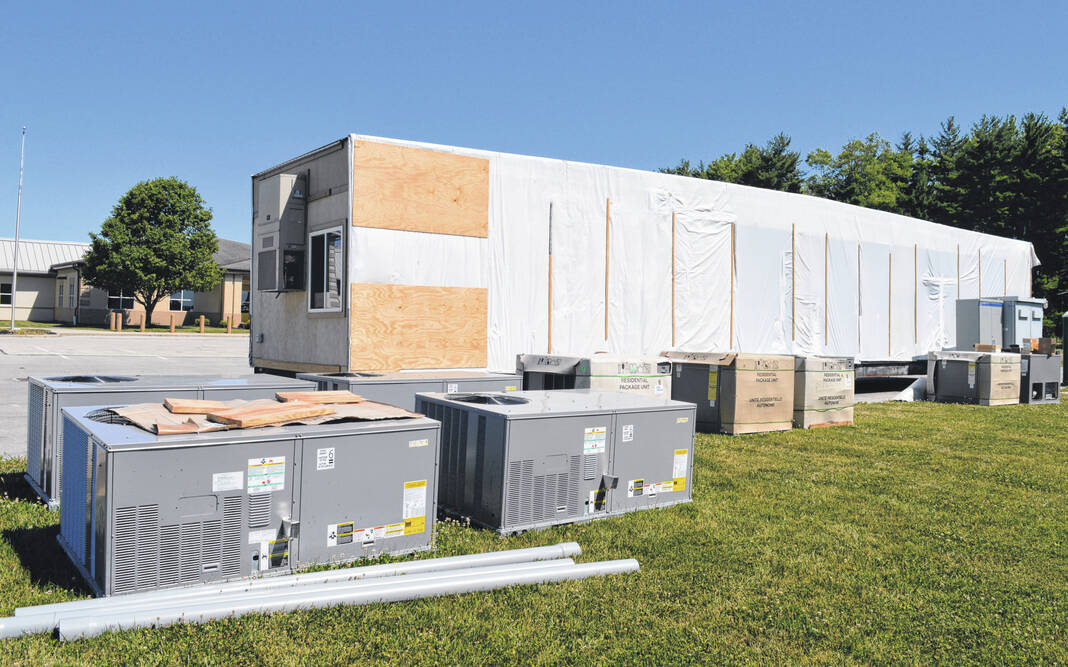 WILMINGTON — Due to current space constraints, the Wilmington Christian Academy (WCA) has begun adding a 12,600-square-foot modular complex that will connect to the existing building on Davids Drive.

“We don’t have any space left. We’re bulging at the seams,” said WCA Administrator Greg Oliver.

Workers are expected to start setting in place the multiple sections during the first half of July.

When they’re done, you’ve got a newly arrived building which is all joined together, remarked the administrator of the private Christian school.

It will house grades 7 through 12. The newfound facility will link up with the original school building via a 15-yard-long enclosed hallway.

Ultimately, the additional space will allow WCA to accept another 100 to 120 kids, he said. The administrator anticipates “growing into” the new space.

The additional facility is made possible by a donor and supporter of the school. The addition is a $1 million or more facility, Oliver said.

Previously the modular sections were in Cleveland where they were utilized by the Cleveland Heights-University Heights City School District. That district rented them after a school bond issue passed and district officials needed to find a way to accommodate students while a construction project took place.

The Wilmington Christian Academy is still taking applications for openings for the upcoming 2022-23 school year.

As a private Christian school, they don’t admit anybody and everybody. Oliver emphasized WCA is “for faith-based families who desire faith-based education.”

Applicant families are interviewed to see whether they are a good fit.

WCA offers the Educational Choice (EdChoice) Scholarship Program, which is based on income and family size and has “a sliding scale,” said Oliver.

Presently, about 65 percent of WCA families have an EdChoice Scholarship, he said.

According to Oliver, families who don’t make a big income might qualify for EdChoice. Otherwise, tuition is $5,150 a year.

Parents who may be interested in applying for the open student spots for the fall can contact Oliver at 937-283-6683 or email [email protected] .