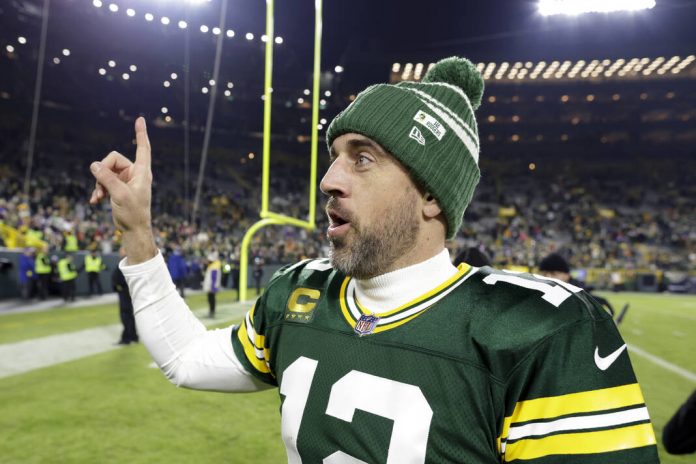 The NFL’s Week 18 slate of games is a must-watch for anyone who enjoys high-stakes football, as long as they also enjoy elements of scoreboard-watching and slightly convoluted playoff tiebreakers.

It’s been an eventful week for players and fans, who watched in horror Monday night as Buffalo Bills safety Damar Hamlin collapsed on the field and had to be given CPR before leaving the field in an ambulance. A few days later, those same players and fans have watched with joy as Hamlin recovers.

That makes it much easier to focus on the NFL’s stacked final week, which will determine the playoff fate of numerous teams.

The No. 1 overall seed in the AFC was claimed by Kansas City with its 31-13 win over Las Vegas on Saturday. The NFC’s top spot is still up for grabs. It remains to be seen how much the AFC bracket will be affected by the cancellation of the Bills-Bengals game after Hamlin’s injury.

Here’s a look at some things to watch:

This is the third straight year of the current NFL playoff format, which includes the top seven teams from both the AFC and the NFC.

The NFL has a re-seeding policy after each playoff round. That means that no matter how the bracket started, the lowest-seeded team will always travel to the higher-seeded team.

There are four rounds to the playoffs: The wild-card round is on Jan. 14-15, the divisional round is Jan. 21-22, the conference championship games are on Jan. 29 and the Super Bowl is scheduled for Feb. 12 in Glendale, Arizona.

WHAT CHANGED WITH THE BILLS-BENGALS CANCELLATION?

The Bills-Bengals game had major playoff implications in the AFC, so the cancellation of the game due to Hamlin’s injury could force some changes depending on Week 18 or playoff results.

The AFC championship will be played at a neutral site if the participating teams played an unequal number of games and both could have been the No. 1 seed and hosted the game had all AFC clubs played a full 17-game regular season.

The league is considering several sites, including indoor and outdoor stadiums.

There are numerous scenarios — particularly for the Bengals, Bills and Chiefs — depending on upcoming results. The list is fairly long. The AP has broken down those potential matchups.

WHAT ARE SOME BIG GAMES THIS WEEKEND?

In fairly straightforward playoff drama, the Jacksonville Jaguars beat the Tennessee Titans 20-16 on Saturday night to win the AFC South for the first time in five seasons. The Titans needed a win to advance to the postseason.

The Packers and Rodgers also have a straightforward path to the postseason. If they beat the Detroit Lions on Sunday at Lambeau Field, they’re in the bracket. If they lose, they’re out. The Lions are also in the playoff hunt but need to beat the Packers and hope the Seahawks lose to the Rams.

WHAT ARE OTHER GAMES TO WATCH IN WEEK 18?

The New England Patriots travel to face the Bills on Sunday in a game that will be heavily watched for many reasons.

First, there’s the obvious storyline of the Bills playing less than a week after Hamlin’s emotional situation. But there are also significant playoff implications.

The Patriots can punch their ticket to the postseason with an upset win. If they lose, they’ll need help from other teams.

Also of note: The Miami Dolphins — who are likely down to third-string quarterback Skylar Thompson — need a win against the New York Jets (and some help from other teams) to make the playoff bracket. In Philadelphia, the Eagles can earn the No. 1 overall seed in the NFC if they beat the New York Giants.

Even the Pittsburgh Steelers have a chance. They’ve got to beat the Browns on Sunday and then hope the Patriots and Dolphins both lose.