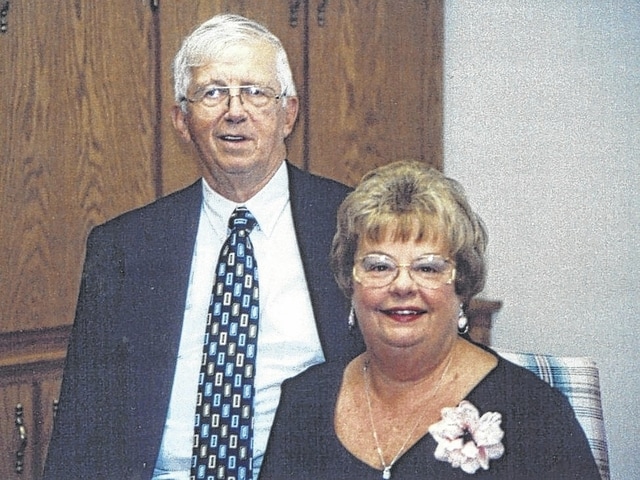 A card shower is planned for Lennis and Janet Jones Perkins of Wilmington, who will celebrate their 60th wedding anniversary on Wednesday, July 22, 2015.

The couple has spent their entire married life in Wilmington.

Mr. Perkins retired from the Cincinnati Milacron after 34 years of service. During his last five years with the company, he was manager of the Wilmington plant. Lennis has volunteered for numerous local civic and service organizations, and received many awards for his services.

Both are active members of the First Christian Church (Disciples of Christ) in Wilmington.

The couple will appreciate a card or note from family and friends.