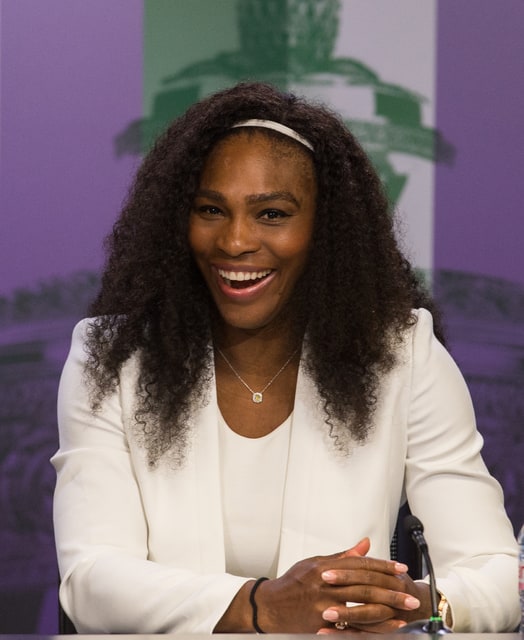 LONDON — Before Serena Williams moves on from completing a second “Serena Slam” to pursuing tennis’ first true Grand Slam in more than a quarter-century, it’s worth pausing to appreciate what she’s done.

First of all, there are the statistics. And what statistics they are:

— She’s won 21 Grand Slam titles; only Steffi Graf, with 22, has more in the Open era of professional tennis (the all-time record is Margaret Court’s 24).

— Her 6-4, 6-4 victory over Garbine Muguruza in Saturday’s final gave Williams six Wimbledon titles; only Martina Navratilova (with nine) and Graf (with seven) have more. Williams also has a half-dozen trophies each from the U.S. Open and Australian Open, along with three from the French Open.

— She’s won 28 Grand Slam matches in a row and four consecutive major titles over two seasons, something last done by — guess who? — Williams in 2002-03, when she coined the term “Serena Slam.”

— At 33, she is the oldest woman to win a major title in the Open era, nearly a month older than Navratilova was at Wimbledon in 1990.

It’s all impressive. And it all helps Williams believe she can continue this remarkable run at the U.S. Open, which begins in late August in New York. A trophy there would give Williams a calendar-year Grand Slam, which no one — not even Roger Federer — has accomplished in tennis since Graf did it in 1988.

“I feel like I’ll be OK. I feel like if I can do the ‘Serena Slam,’ I will be OK heading into the Grand Slam. Like I always say, ‘There’s 127 other people that don’t want to see me win.’ Nothing personal, they just want to win,” Williams said, referring to the size of the field at a major tournament. “I had a really tough draw (at Wimbledon). This gives me confidence that if I had this draw, I can do it again. I’ll just do the best I can.”

Her best is the best there is, and might ever have been. But her story is about so much more than the numbers associated with her greatness. There’s the resilience she’s shown away from the court, too, dealing with various injuries, none more worrisome than what happened in the aftermath of her 2010 Wimbledon championship.

A few days following that final, Williams cut both feet on broken glass while leaving a restaurant in Germany. She needed two operations on her right foot. Then she got blood clots in her lungs, and needed to inject herself with a blood thinner. Those shots led to a pool of blood gathering under her stomach’s skin, requiring another procedure in the hospital.

She would be off the tour for 10 months, and go two years between major titles. Since then, though, she has won eight of the past 13 Grand Slam tournaments.

On Saturday evening, hours after admiring the gold letters of her name on the board in a hallway of the Centre Court building listing Wimbledon’s champions, Williams sat with a small group of reporters for one final interview.

As she picked at the remnants of ankle tape near a jagged scar on her lower right leg, Williams was asked whether, as she looks back on her career, she divides it into phases.

She began to answer, then paused and said: “Or there was that stage where I was in the hospital. Like, that wasn’t so fun. I was doing really well, and then I ended up in the hospital. So that was kind of devastating. But ultimately, I think that stage set up this stage, you know? And … yeah, I think it worked out for me.”