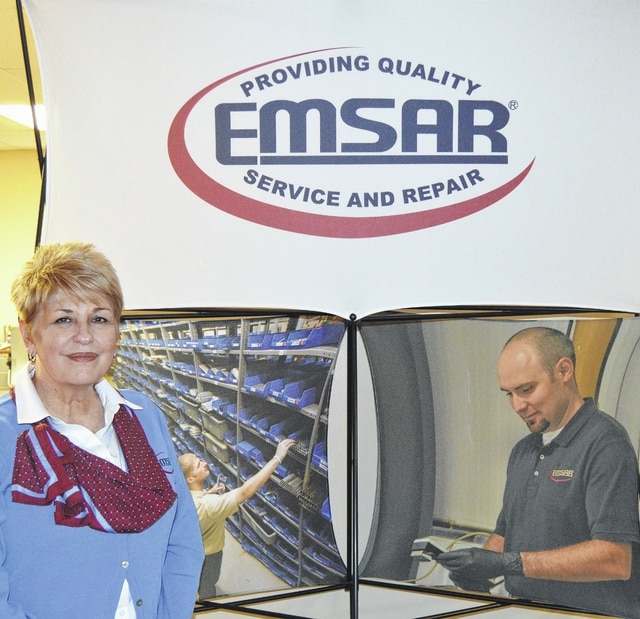 WILMINGTON — In October, Reneé Lapine will, along with five other people, be charged with developing Clinton County’s economy and managing one of its largest assets – the Wilmington Air Park.

“I believe that my financial and accounting experience will be advantageous in understanding the finances of the port, understanding how to do analysis to see if a decision is good or not,” LaPine said. “I feel very fortunate that the commissioners have recruited me for the position and I’ll do my best to collaborate and contribute with the other board members.”

LaPine said she has also learned the importance of confidentiality and operating with business integrity.

She hasn’t attended the port’s board meetings, but will tour the facilities next week and attend the port’s Thursday, Sept. 10 meeting.

Port chair David Hockaday, whose term expires in October, said LaPine and fellow recent appointee Beth Ellis will be invited to the port’s executive session, too.

He said he was glad to have both of them on the port’s board.

LaPine sees board service as an opportunity to grow and add leadership capability, but also hopes “to bring some value and that hopefully, at some point, we’re going to be able to draw more business to Wilmington.”

In addition to years of financial experience, LaPine said she hopes to leverage her business development experience as Chief Executive Officer of EMSAR to help other board members attract tenants to the air park and select the ones that will be best for Clinton County.

“As a Clinton County resident, I do have (concerns). … We hire people from this area and sometimes it hasn’t been as easy to find good candidates as we would think it would be,” LaPine said. “My concern would be making sure that we look at various options to not only have businesses here, but how do we draw people to the community to live here and work here?”

LaPine said small businesses at the air park may have a hard time attracting applicants for jobs because of their reduced visibility. She said EMSAR has had to hire people outside of the county because they have a hard time getting locals to fill that spot.

It can also be hard to find people with the right skills, she said, whether those skills were soft, like customer service, or hard.

“If we don’t have the skill set in the community, how do we draw from outside the community and make people want to live here?” she asked. “Because that supports all of our other businesses, if people live here.”

Additionally, LaPine said she wants to see a mix of large and small employers at the air park, which would mitigate the community’s risk.

As for Clinton County’s economy as a whole, LaPine said she’d like to see businesses remain open, more employment and “less foreclosures in the paper.”

“It feels like it’s more stable today than it was two years ago,” she said. “I would like to see us back to our heyday when DHL was here.”

LaPine said she hopes to prioritize economic development while she’s on the port’s board, and said she’ll emphasize and explore unity and collaboration when possible.

“If there’s any opportunity to collaborate with other entities in the community to further develop Clinton County, that’s the direction I would like to see it go,” LaPine said. “With that being said, I don’t know what the barriers are.

“If we can all worker together to develop Clinton County, then that would be what I would like to be a part of,” she continued.

For 10 years, LaPine has been Chief Executive Officer of EMSAR, a company based in Wilmington. It operates nationwide, providing technicians to service, repair and maintain medical equipment for client companies.

According to LaPine, who said she was part of EMSAR’s founding group, EMSAR spun off from Ferno-Washington.

She was controller and later vice president of finance before becoming CEO of EMSAR.

She has a daughter, Aimee Branson, and a four-month-old grandson, Elijah Branson. LaPine’s husband, Greg LaPine, works at AddisonMcKee in Lebanon.