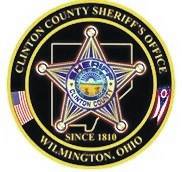 WILMINGTON — Three suspected poachers are facing multiple charges — and possibly more — after an incident in which a wildlife officer was shot in the Martinsville area on Sunday, police said.

At approximately 4 p.m. Sunday the Clinton County Sheriff’s Office received a call from the Ohio Department of Natural Resources (ODNR) Communication Center advising that a wildlife officer had been shot and needed assistance, according to the Sheriff’s Office.

Wildlife officers and ODNR officers working in the area responded for assistance, as well as officers from the Clinton County Sheriff’s Office and Ohio State Highway Patrol.

Wildlife officers were investigating a deer poaching complaint in the area of Macedonia Road and Martinsville Road when the shooting occurred, according to a news release from CCSO Chief Deputy Col. Brian Prickett.

Wildlife Investigator Kevin Behr, a 25-year veteran of the Division, sustained a gunshot wound during this investigation, authorities said.

“Investigator Behr was airlifted from the scene and taken to a trauma center for injuries sustained during the shooting. Investigator Behr’s injuries, while serious, appear to be non-life threatening; he is currently in stable condition,” Prickett said Sunday night. “We would ask for everyone to keep Investigator Behr and his family in their prayers during this difficult time.”

Reports have stated that Behr was transported to University Hospital in Cincinnati; as of early Monday afternoon he was not listed as a patient there.

Three suspects were taken into custody shortly after the incident, according to the CCSO:

• Thomas Davis, 35 of Jamestown, on a charge of aiding an offender, a misdemeanor of the 4th degree.

By Monday morning Achtermann and Davis were released on bond from the Clinton County Jail, while Liming remained incarcerated. Liming is expected in court Tuesday, and the other two next week.

No information has been released regarding how the shooting may have occurred or who the suspected shooter might be.

If anyone has additional information relating to this case, they area asked to contact the Clinton County Sheriff’s Office Detective Division at 937-382-1611.