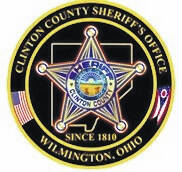 • Deputies arrested a 29-year-old Wilmington male for allegedly violating a protection order at 1:16 p.m. October 27. According to the report, the incident took place at the Michigan Avenue residence of the female victim in Wilmington/Union Township. The report indicates drugs were in use. According to court records, the suspect had previously been convicted of violating a protection order in May and received suspended jail time.

• A 47-year-old Xenia male was charged with alleged trespassing and criminal damages for an incident reported at 10:40 a.m. October 23 at a business on Progress Way in Wilmington/Union Township. According to the report, a 35-year-old Cincinnati male advised two campers on the property were broken into and someone was staying in them. The report indicates the two campers had over $5,000 worth of damage. Deputies collected “several cigarette butts” as evidence.

• A 32-year-old Blanchester female was charged with alleged theft and resisting arrest for an incident at 4:37 p.m. October 25 on South Broadway Street in Midland. According to the report, a xylophone and four Ohio license plates were stolen from a 36-year-old Midland male.

• At 6:35 p.m. October 25, deputies responded to breaking and entering at a residence on U.S. 22 West in Wilmington/Union Township. The report lists a 36-year-old Midland female as being allegedly injured by her ex-spouse — a 39-year-old Wilmington male. An investigation is pending.

• At 5:44 p.m. October 27, a 43-year-old Sabina/Wilson Township female reported a subject trespassing on their property. According to the report, the incident took place at the victim’s residence at the 5100 block of State Route 72 North. A 48-year-old male was listed as a suspect.

• At 9:18 p.m. October 28, a 40-year-old Wilmington male reported fraudulent charges were made on his unemployment debit card. According to the report, $2,750 was spent between October 20 and 28. A 40-year-old Martinsville male was listed as a suspect.

• At 9:49 a.m. October 25, deputies were dispatched to the railroad tracks on Shawnee Trace Road in Midland/Jefferson Township where “someone dumped trash and other property”. The report indicates deputies collected “2015 Arizona tax records” as evidence. No further details were listed.

• At 7:08 a.m. October 29, a business on State Route 73 South in Wilmington/Union Township reported the theft of a catalytic converter. According to the report, the converter was valued at $500. The theft took place between October 8 and 28.