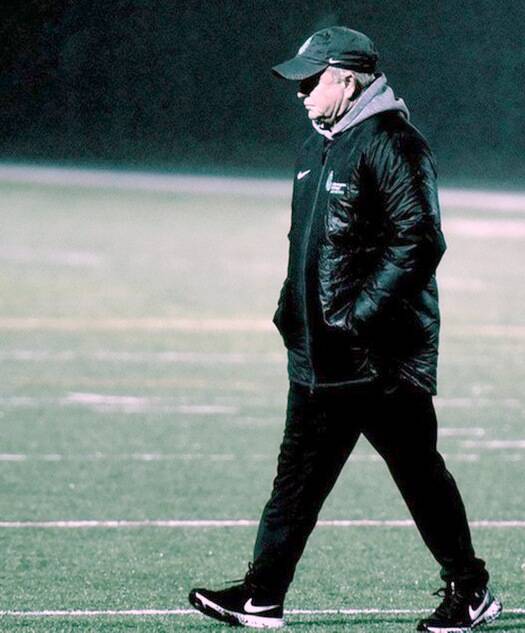 WILMINGTON — Steve Spirk, who has been a fixture with Wilmington College soccer as both a student-athlete and a coach for more than four decades, has retired after a 30-year stint as the Fightin’ Quakers’ head women’s soccer coach.

Spirk transitions into the office of advancement where he will serve as the associate director of development. Nick Kinder, the program’s top assistant coach, steps into the head coaching role in the interim.

“It has been a great honor to coach the Wilmington College women’s soccer program for the past 30 years,” said Spirk. “There have been many great players, coaches and memories along the way which will last a lifetime. I wish the program much success in the future, and as always, ‘It’s a great day to play soccer.’”

Spirk came to Wilmington in the fall of 1977 as student-athlete recruited by Bud Lewis and became the most decorated men’s soccer player in program history. His name is atop the program’s record books for career points (191), goals (74) and assists (43) as well as a historic 1979 season where Spirk scored 22 goals, dished out 13 assists for a total of 57 points.

A four-time National Association of Intercollegiate Athletics first team All-America player, he helped guide the Quakers to a 52-15-3 record as well as the program’s first trip to the NAIA National Tournament in 1980. Spirk was later inducted into the NAIA Hall of Fame as a player.

Upon graduation, Spirk spent about three years away from WC traveling and trying out for professional teams. After a brief stint with the Cleveland Cobras, he returned to his alma mater and spent two years as a women’s soccer assistant coach and three seasons on Lewis’ staff with the men’s program before being named the head women’s soccer coach prior to the 1992 season. Coincidentally, he was inducted into the College’s Athletic Hall of Fame as a player that same year.

Spirk’s impact on the program was nearly immediate. In his second season, Wilmington finished 17-3-0 and won the Association of Mideast Colleges championship. One year later, the Quakers again won the AMC and qualified for the program’s first of six NCAA Division III women’s soccer tournaments. Three of those teams qualified for the “Sweet 16” with 5-of-6 making at least the Round of 32.

On eight occasions, student-athletes Spirk has coached have earned All-America honors including first team All-America honors for Stacey Williams in 1994 and 1995 along with Megan McMullen in 2002. Additionally, his teams are as good in the classroom as they are on the field, having earned the Women’s Collegiate Team Academic Award from the United Soccer Coaches 21 of the past 23 years.

Spirk has led nine overseas trips including three to Bermuda, two to England, Germany, Switzerland, Italy and Costa Rica. He’s also served as the United Soccer Coaches All-Great Lakes chairman for 25 years and is a past president of the Ohio Collegiate Soccer Coaches Association, who honored him with an award in 2017.

“Steve’s impact on Wilmington College and specifically women’s soccer program is astounding,” Terry Rupert, vice president of Athletic Administration and director of athletics said. “We thank Steve for his years of service to both the college and to the hundreds of women’s soccer student-athletes he has coached. We wish him all the best.”

The longest-tenured coach in program history, Spirk carried a 329-197-45 (.616 winning percentage) overall record and retires as one of 50 NCAA Division III women’s soccer coaches to win 300 career contests. He won the final game of his career on Saturday, defeating John Carroll University 2-1 in come-from-behind fashion.