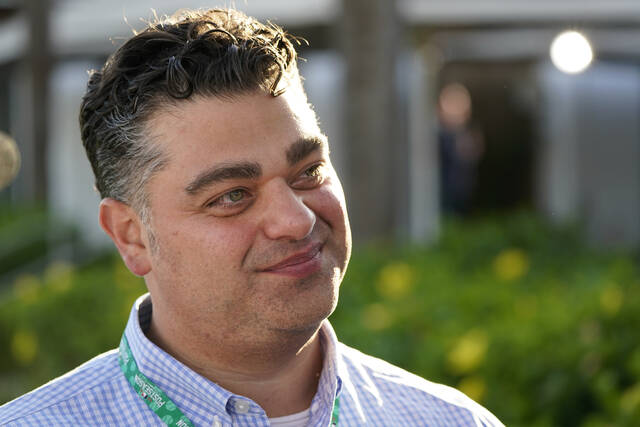 CARLSBAD, Calif. (AP) — Used to the often glacial pace of baseball free agency in recent winters, general managers are treating the threat of a work stoppage next month as not even a speedbump in the sport’s offseason.

A lockout is likely when baseball’s labor contract expires Dec. 1, which would be the sport’s first work stoppage in 26 years.

Pretty much the exact same words were repeated by baseball operations executives of other teams, making it sound like a common talking point distributed ahead of their media availability.

Until there’s an agreement, teams can’t be sure what luxury tax levels will be in place for 2022. The current tax system sunsets with the expiration of the labor deal.

“I think you can paralyze yourself trying to plan for every single one of them,” Houston GM James Click said of the many possibilities. “There are obviously a lot of different ways the baseball landscape could look in a month or two. We’re optimistic about it. Hopefully, it’ll just be business as usual. And we’ll try to plan for it as best we can. But we’re dealing with the economic world that we have right now and trying to plan for the potential in the future.”

Deputy Commissioner Dan Halem, management’s chief negotiator, was in town for the GM meetings at the same time Bruce Meyer, the union’s senior director of collective bargaining and legal, was at a neighboring hotel in Carlsbad for the union’s sessions with player agents. The sides were to meet as part of talks that have been ongoing for months. People on both sides said players and owners are far apart on the big economic issues.

The percentage of free agents with completed agreements through the third week of January fluctuated from about 25% in 2018 to 33% in 2019, rose to approximately 55% in 2020, then sank to 17% last offseason.

“It really does depend on each agency and then each individual and then where you are as a team and what your particular strategy is,” Toronto general manager Ross Atkins said. “It does take a good bit of time to get 30 teams and X number of players and all of their representation prepared. And then teams and agents and players want to learn a little bit more before they move, and this is part of the learning process.”

Yankees GM Brian Cashman heads into 2022 knowing New York got under the $210 million luxury tax threshold this year. Only the Los Angeles Dodgers and San Diego were projected to be over the threshold in 2021, pending final payroll figures next month.

“We’ve obviously put ourselves in a better position. We reset ourselves in the CBT,” Cashman said, referring to the acronym for what is officially called the competitive balance tax. “That was important for us last year. That’s the big unknown. It’s business as usual as we’re going through our conversations thus far under the current agreement, and if it changes we’ll adjust to those changes whenever they both get on the same page and find common ground.”

Seattle president of baseball operations Jerry Dipoto insists he is not trying to predict where an agreement winds up.

“All you’re doing is driving yourself crazy,” he said. “Just focus on what you can control and stay disciplined.”