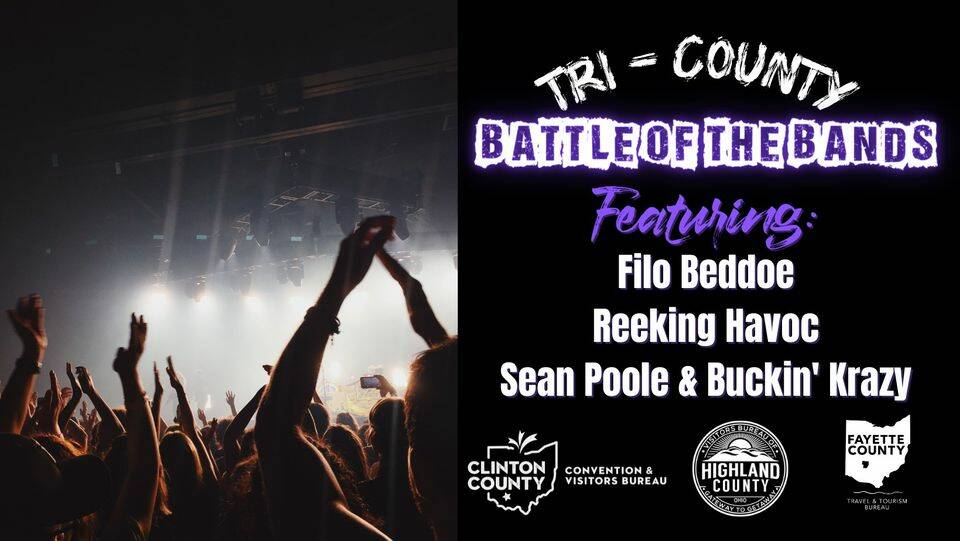 The Clinton County Convention and Visitors Bureau (CVB) looks back on the past with pride as they’ve been able to provide music and fun but also pay tribute to the county’s history, all the while beefing up the county’s tourism and economy.

“Last year, coming off of COVID, we had a really good comeback year. Our summer events opened up in June. So, we had a good summer,” said CVB Executive Director Susan Valentine-Scott. “The Corn Festival had a great year.

“We started our summer concert series, which is something new that started on Sugartree (Street). That was a huge success, so we decided to bring that back again this year.”

The past year saw success in not only the concert series featuring Laine Hardy – but also the return of their Rock the Block concert which featured multiple tribute bands including Dirty Deeds (AC/DC), Carnival of Sins (Motley Crew), and Wanted (Bon Jovi) along with various other bands.

The CVB will also continue with county staples such as the Clinton County Fair and the Corn Festival. While there was no Banana Split Festival again this year, the refreshing summer treat has found its way to other events as a tribute to a county favorite.

This year also saw the CVB get more involved with the historical and outdoorsy side of the area. Particularly with the Quaker Heritage Scenic Byway project in October.

Quaker Heritage Scenic Byway, a 54-mile scenic loop in Clinton and Warren Counties, celebrates the Quaker settlers in Ohio and their history.

The CVB helped with the creation of the Byway’s website and digital map design.

“When we did our strategic planning we realized there were some things we needed to do better on,” said Valentine-Scott. “One being our agritourism, trails, state parks, you know, what our roots are. The events are a nice perk. There are some things that we don’t have palm trees, oceans, and mountains. So we had to create things that would drive business to our county.”

The CVB is looking to put as much emphasis on the historical aspects of the county in this coming year, if not more so.

She said the past year they learned a lot with their planning which she believes launched the group into a new direction of where they want the CVB.

The coming year will see them focusing on the now-staples of the county, but it will also see them on new projects such as a partnership with the CVBs in Fayette and Highland County for a Battle of the Band competition. Starting off in Clinton County, the tournament will then rotate into each of the other counties in years to come.

“We’re just glad and lucky that we didn’t get hit as other CVBs did. We’re able to sustain, keep employees, and keep The Loft to bring in money and tread upward,” said Valentine-Scott.