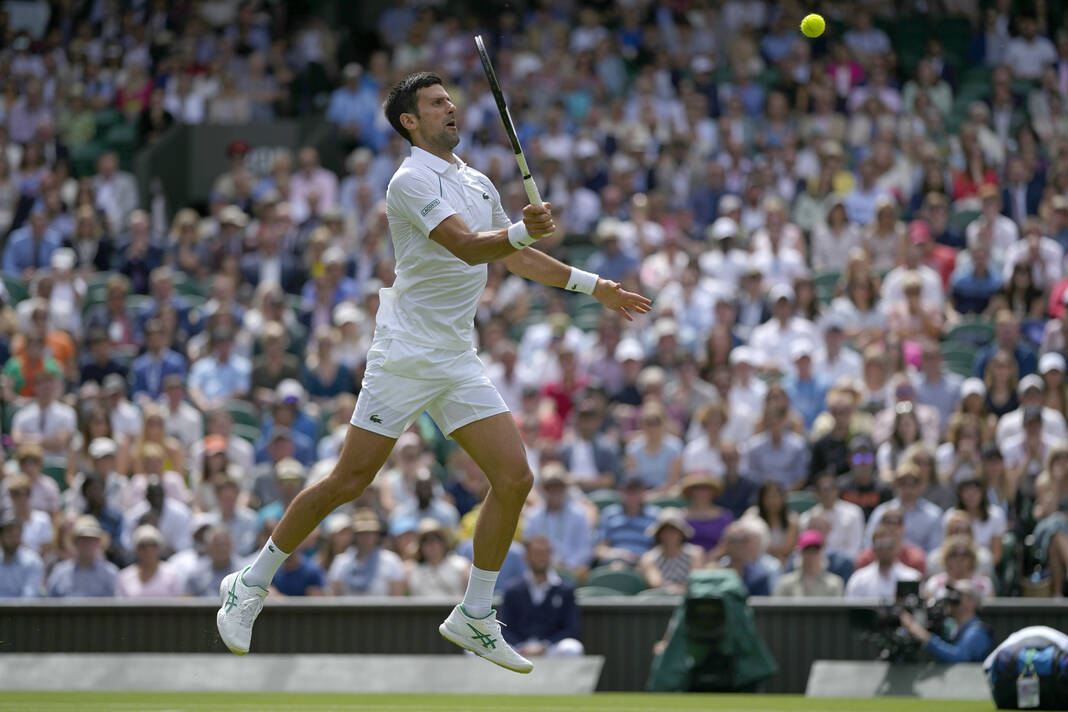 Novak Djokovic will be back on Centre Court on Day 5 at Wimbledon, heading out onto the grass to face Miomir Kecmanovic after third-seeded Ons Jabeur tries to make her way back into the fourth round at the All England Club.

Djokovic is a six-time Wimbledon champion who is going for his fourth title in a row at the grass-court Grand Slam tournament.

Jabeur reached the quarterfinals at Wimbledon last year. She will face Diane Parry in the opening match in the main stadium. The last scheduled match on Centre Court will be between ninth-seeded Cam Norrie and Steve Johnson.

Former champion Angelique Kerber and up-and-coming Carlos Alcaraz will be on No. 1 Court.