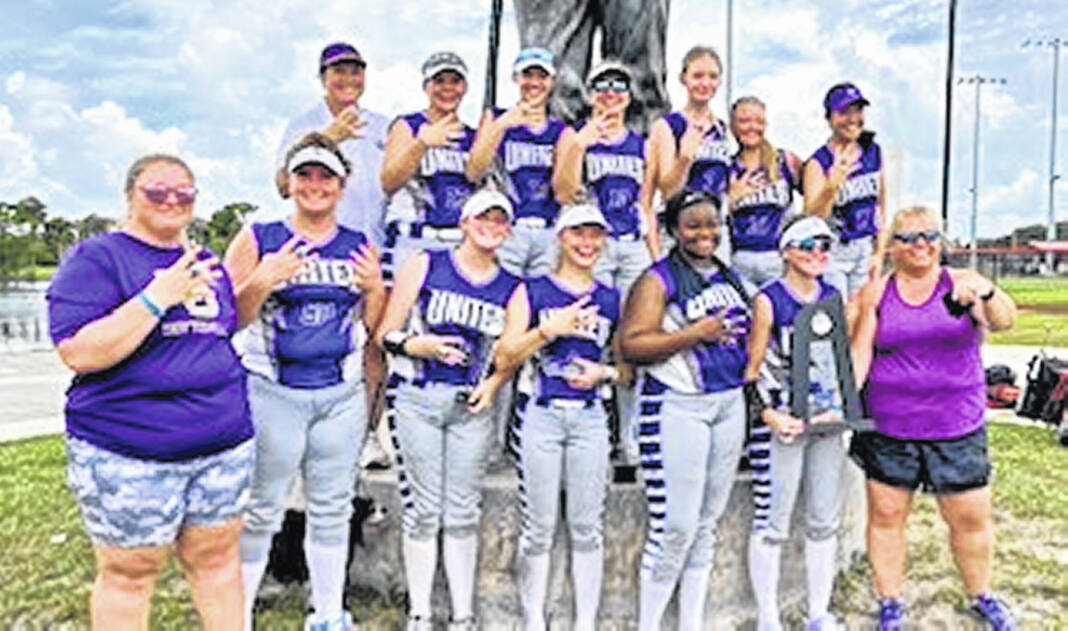 The team batted .485 for the tournament and were led by Casey Boeckerman, who was named Offensive Player of the Tournament. She batted .588 with nine stolen bases and seven bunt hits. The team relied on speed compiling 25 stolen bases and 14 bunt hits.

Delaney Schneder caught every inning of the tournament, calling all the pitches and recorded 25 put-outs to include picking off a runner on third base in the championship game.

Ohio United defeated Illinois Whiplash in game one 6-4. Following a three-hour rain delay they fell to Carolina Thunder 6-1. The United team came back to defeat Virginia Crushers 6-1 and Firestorm 5-0. They walked off the diamond at 12:45 a.m. that day and returned at 7 a.m. to defeat the New Jersey CJ Diamonds 4-3 to reach the championship game against the undefeated Carolina Thunder.

In the first inning Chrissy Kolar reached on a bunt, was moved to second on a Boeckerman bunt, stole third, and scored on an Ella Hull sacrifice fly. Carolina Thunder scored two in the first. Brightman pitched the rest of the game and did not allow a run, but Ohio United was unable to score, despite several chances, and claimed tournament runner-up.

The team is coached by Jeanne Brightman with assistants Jen VanKirk and Tori Bailey.