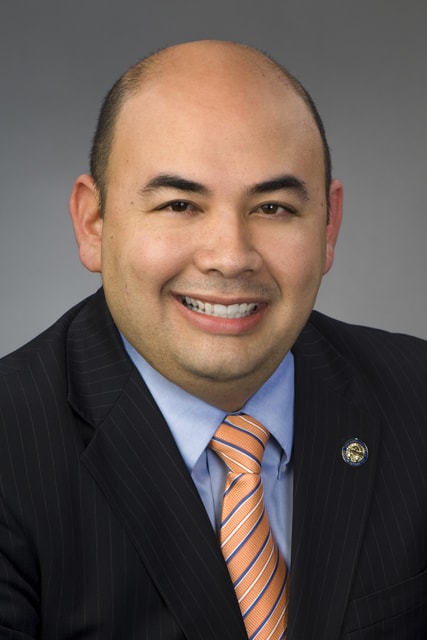 July 1 marked the start of a new fiscal year. Over the five months leading up to that day, the Ohio House, Senate and Governor worked to craft a budget bill—Am. Sub. House Bill 64—that will lead our state to greater prosperity and opportunity for all Ohioans over the coming two years.

At the end of the day, this budget is about improving the lives of Ohio’s families and lifting people up and off government assistance to a better way of life. This being my third two-year budget cycle since first being elected to the House in 2010, I have learned that an important first step in agreeing on a budget is to assess our state’s economic status. For instance, the first budget I worked on required us to close an $8 billion shortfall.

The many difficult decisions made in that budget has paid off in the years since, and Ohio continues its glide path.

Last year, more businesses were created in Ohio than ever before in the state’s history, and the number of businesses created already in 2015 again looks promising. That is a large part of why Ohioans have created nearly 350,000 private-sector jobs since January 2011, putting Ohio in the top 10 in that category nationwide.

To help continue the trend of job creation and business growth, we have again reduced the tax burden for all Ohioans by a total of nearly $1.9 billion over the next two years.

For small business owners, the bill offers a 75-percent income tax deduction on the first $250,000 of income in FY’16 and a 100-percent deduction in FY’17. The third consecutive budget in which Republicans have cut taxes, the budget lowers all tax rates, including the top rate to its lowest level since 1982.

Overall, I believe the tax reforms made in recent years are making Ohio more economically stable and competitive. However, finding the most effective and efficient tax code for all Ohioans is not something that will be accomplished in one piece of legislation.

Therefore, I was pleased that the final version of the bill included a House proposal to create the Ohio 2020 Tax Policy Study Commission, which will be tasked with analyzing all aspects of the state’s tax law.

The commission’s work will help us develop a forward-looking tax package and continue an open and frank dialogue outside the time constraints of the budget process.

A good budget bill reflects the priorities, values and needs of a state and its people.

I believe this budget is an accurate reflection of where our state has come in recent years, as well as where it is headed — a state that respects the needs of families and businesses and where government continually tries to remove the obstacles that stand in the way of prosperity.