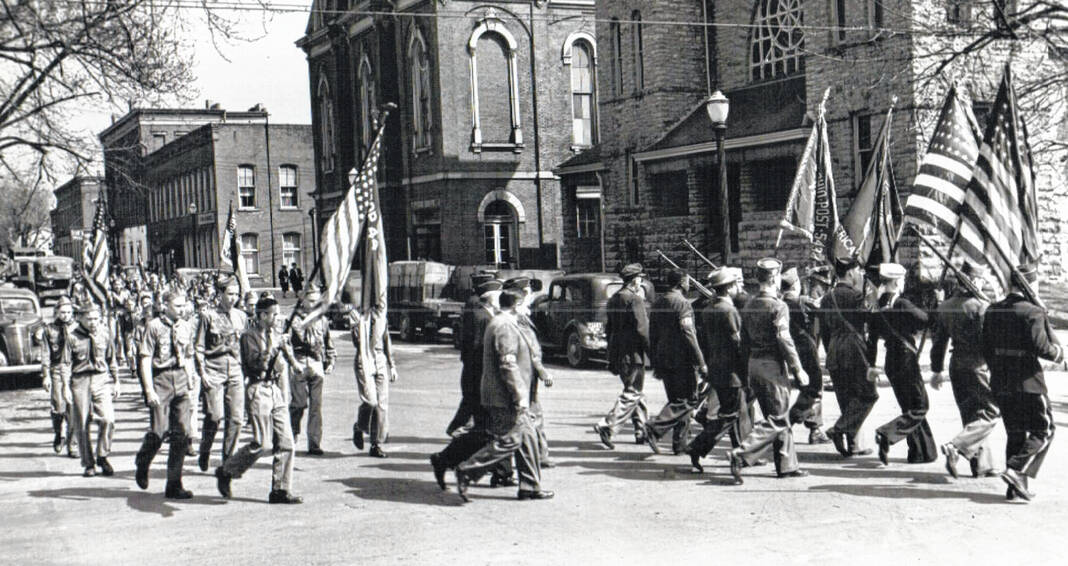 These are some highlights from the News Journal on June 30, 1944:

“WASHINGTON (AP) — The nation’s top military commanders put war job slackers in a class with deserters. And over-optimism at home, they say, is threatening to prolong the war … ‘any slackening in the needed production will only delay victory’.”

“Mr. and Mrs. J.M. Van Pelt of near Lynchburg in Clark Township have received word that their son, Cpl. Delbert Van Pelt, has been wounded in action in Italy for the second time and is in a hospital again. A piece of shrapnel went through his left thigh and another entered his left ankle, but no bones were broken, the report said.” He was wounded in the hand on January 30 and was released from the hospital May 2.

“Home after taking part in the battles of North Africa, Tunisia, Sicily and Italy, Pvt. Charles P. Gleason, son of Mr. and Mrs. P.H. Gleason of Clarksville, told a News Journal reported in an interview Wednesday afternoon that each battle and each landing seem to get tougher.” He said, “I wouldn’t take a million for what I have seen, but wouldn’t give two cents to see it again.”

• “Roscoe C. (Rocky) Brann, 63, operator of the New Vienna Canning Company, died of a heart ailment and complications at his home at Birdsall and Spring Streets Friday at 10:30 a.m.” The native of near Gurneyville had lived in Blanchester for years before moving to Wilmington 16 years ago.